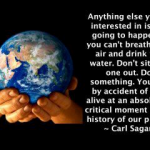 A STATEMENT ON GEOENGINEERING :
Sent to us by Wayne Hall, a Greek chemtrail activist, who takes a look at how the US steers the discussion of climate change and geoengineering in a 15-minute video. 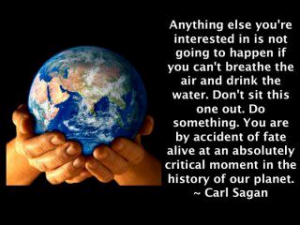 Over much of the planet, for years, in fact decades now, aircraft have been seen flying at high altitudes, engaged in what – to countless concerned citizens, including parliamentarians and a few scientists and military people – appears to be chemical spraying. When attempts have been made to raise the question of “what is going on”, inquirers are given in response, officially and unofficially, descriptions of aircraft condensation trails and their properties. It soon becomes evident from dealings with authorities – everywhere – that citizens today are required to believe that what they are seeing in the sky is the traditional unintentional – and presumably not desired – pollution that has always been associated with jet air travel. It is not some kind of deliberate spraying. If people wish to believe that they are “being sprayed”, the burden of proof rests on themselves (because they are the ones who are “making the allegation”).
All this changes when a new factor is introduced: a public relations campaign aimed at securing public acceptance for geoengineering” (and in particular what is called “solar radiation management”).For example:
1. http://harvardmagazine.com/2013/07/buffering-the-sun#article-images
2. http://www.geoengineering.ox.ac.uk/oxford-principles/principles/
3. http://www.ies.be/files/20130628%20geoengineering%20governance%20-%20ies%20policy%20forum.pdf(examples could be multiplied at will)

Under the precautionary principle, in such public relations campaigns, all burdens of proof rest on those who are canvassing for support for the practices in question. Those who want the public to accept geoengineering must persuade the public that what they say about it is true.
The burden of proof therefore rests on the David Keiths, the Ken Caldeiras, the Oxford Geoengineeering Programmes, etc. etc. etc. to prove that they are not lying or misinformed when they say that “research on geoengineering is at a very early stage”, (asserting or implying that geoengineering, and specifically programmes of solar radiation management – possibly also serving other undeclared purposes – is/are merely a proposal and not a reality of historically unprecedented enormity, in full-scale global application).
Because it is the advocates of geoengineering, not uninvolved citizens, who are initiating the discussion, citizens are entitled to assert the following:

1) Any person or organization seeking to involve the public in a debate on the advantages and disadvantages of geoengineering techniques such as solar radiation management, or the global dispersal of light-reflecting particles in the atmosphere to reduce the level of sunlight reaching the earth, should be obliged to admit that such activity is already in global implementation, or prove that it is not. Wilfully false statements in this connection should be a penal offence, punishable by imprisonment.

3) Enforcement of the ENMOD Convention is a prerequisite for any attempt to secure “social acceptance” for any form of geoengineering.

4) Enforcement of the AARHUS Convention is a prerequisite for any attempt to secure “social acceptance” for any form of geoengineering.

5) No person or organization involved in any way with production of the problems for which geoengineering is being canvassed as a “solution” shall be entitled to be employed in implementation of any geoengineering programme.

6) It is not acceptable that the moratorium on most types of geoengineering voted at Nagoya in 2010 at the UN’s Convention on Biodiversity should be violated and/or ignored.

7) Penal sanctions should be attached to violations of the provisions of the ENMOD and AARHUS conventions.

9) Geoengineers’ declared intention to “aim at legitimation through public involvement and transparency” lacks all credibility in the absence of any believable response to the present statement.

The citizens’ organization Skyguards staged a conference in the European Parliament on 8th and 9th April 2013 on the issue of geoengineering and clandestine aerial spraying and have presented a formal demand for an independent investigation of facts reported in the conference.

Please help our cause to spread awareness and ban Aerosol Geo-engineering from our skies.

10.3k
Fans
178
Followers
83
Followers
123
Subscribers
1
Subscribers
7
Followers
Thought for the Day: Why have employees of Her Majesty's Government had their computers blocked from accessing chemtrailsprojectuk.com?